Tracy Inman is a native of Washington, D.C. and a graduate of the Duke Ellington School of the Arts where he majored in music. In 1981, he changed his artistic course from music to dance and moved to New York City where he was awarded a scholarship to study at The Ailey School. After completing two years of study, Mr. Inman joined Ailey II and, in 1990, he became a member of Alvin Ailey American Dance Theater -- touring nationally and internationally with the Company for five years and working with choreographers such as Ulysses Dove, Jerome Robbins, Donald Byrd, and Louis Johnson. Mr. Inman danced in the Vienna, Austria and Antwerp, Belgium productions of the musical Cats and, in 1989, he was invited by Judith Jamison to be a part of The Jamison Project, prior to joining Alvin Ailey American Dance Theater the next year. In 1999, he began teaching the Horton technique at The Ailey School. Mr. Inman was then named Co-Director of the Junior Division in 2001 where, along with Melanie Person, he grew the program from 350 students to its current enrollment of over 900 students. Mr. Inman has served as a judge for Ballet Stars of the 21st Century Dance Competition in Panama City, Panama, The Seoul International Dance Competition in Seoul, South Korea, and Dream on Dance Competition in Verona, Italy. In addition, he conducts auditions for The Ailey School's national audition tour. In 2001, Mr. Inman launched the Ailey Athletic Boys Program providing scholarship training to a diverse group of young males and creating a pipeline into the world of dance for a population that would not have otherwise had the opportunity. He was appointed Associate Director of The Ailey School in 2009 and Co-Director in 2010. Mr. Inman is currently choreographer and consultant for FX's hit television show, Pose. 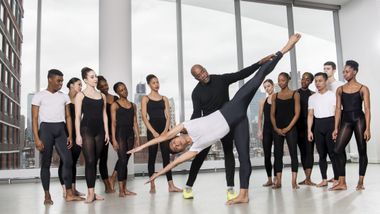 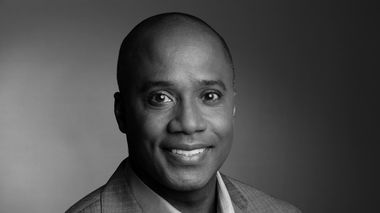 NEW YORK – September 5, 2019 — The Ailey School, now celebrating its 50th anniversary, was selected to perform in the 2019 Macy’s Thanksgiving Day Parade®. Over 100 students from all programs of The Ailey School will answer the call of “Let’s Have a ParadeTM,” the iconic phrase that has signaled the start of every Macy’s Thanksgiving Day Parade since 1924. Led by The Ailey School Co-Director Tracy Inman, the dancers from age seven to 25 will perform a dance inspired by the “Rocka My Soul” finale of Alvin Ailey’s American masterpiece Revelations.