The highly anticipated Smithsonian’s National Museum of African American History and Culture opened on September 24, 2016; thirteen years after Congress and President George W. Bush authorized its construction. The five-acre location sits on the National Mall - at its inauguration, President Obama declared the museum “a monument, no less than the others on this Mall, to the deep and abiding love for this country, and the ideals upon which it is founded.” It is the only national museum devoted exclusively to the documentation of African American life, history, and culture. In its first three months, more than 600,000 people had already visited, and since its opening the museum has collected more than 36,000 artifacts

The museum has taken possession of photographer Jack Mitchell’s Ailey Collection, spanning the over thirty-year collaboration between Alvin Ailey American Dance Theater and Jack Mitchell, starting with Alvin Ailey during the early years of the Company and continuing under the leadership of Judith Jamison. The Collection includes over 10,000 black and white negatives, 600 contact sheets, 1,300 color slides and transparencies, and 350 black and white prints.

Born in 1925, Jack Mitchell earned his living from photography since age fifteen. He moved from Florida to New York City in 1950, and at the suggestion of modern dance pioneer Ted Shawn, he concentrated on photographing dance and dancers. Continuing success in that field became the portal to his work with major creative and performing artists of all disciplines.

In 1993, a book of his photography of Alvin Ailey American Dance Theater was published. At the time, Dance Magazine Editor-in-Chief Richard Philp stated, “This exciting volume traces Ailey’s remarkable achievement over three decades through Mitchell’s lens. In dance, no other collaboration exists like it, no series of photographs that traces a company’s progression through the decades or explores the work of a single choreographer over such a sustained, fertile period of popular and artistic achievement.”

Mitchell died in 2013 at age 88. Visit his website for more information about his iconic body of work, www.jackmitchell.com. 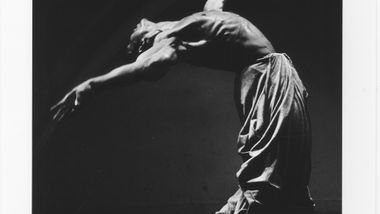 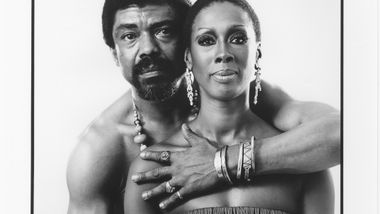 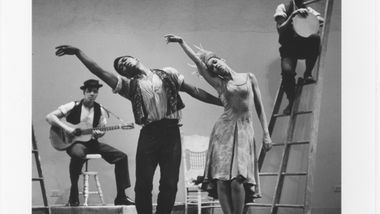 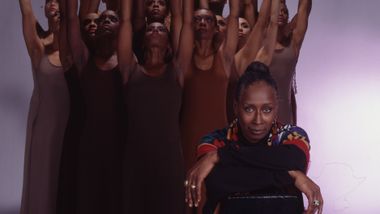 It’s a simple photograph: a young man staring directly into the camera, arms folded. In the image captured in 1962, dance maestro Alvin Ailey looks defiant. Rhea Combs also sees something else when she looks at the black-and-white image. To her, the fact that photographer Jack Mitchell captured the performer shirtless is a visual metaphor, as if Ailey is telling the viewer, “I’m just baring my chest to the world and giving my all,” Combs said.

Modern dance impresario Alvin Ailey once asked photographer Jack Mitchell to shoot publicity images of his dancers for their next performance without even knowing the title of their new work. Seeing “choreography” in the images Mitchell produced, Ailey leapt into an ongoing professional relationship with Mitchell. “I think that speaks to the trust that they had in one another,” says Rhea Combs, a curator at the Smithsonian’s National Museum of African American History and Culture. Ailey “knew it would work out somehow, some way.” This partnership, which began in the 1960s, led to the production of more than 10,000 memorable images, and the museum has now made those photos available online.