Quenia Ribeiro is a native of Rio De Janeiro, Brazil with over 25 years as dancer and instructor. She has performed at universities, festivals, and theatres in Greece, Brazil, and all over the United States . Her vibrant and exciting classes include many different styles of Brazilian Dance in addition to Samba. As a student Quenia underwent 18 years of formal ballet training, at the same time she was exposed to the rich musical world of Rio De Janeiro and actively studied various forms of Brazilian folkloric dance. Since moving to New York more than a decade ago, Quenia has held regular classes at many of the finest dance studios in New York. As a performer Quenia has danced in all types of situations and venues. From Radio City Music Hall, to Yale University the list continues. She has appeared on television spots for NBC, Fox 5, and Univision. Currently she directs and choreographs for her company "Grupo Ribeiro,” as well as conducting residencies in schools for children and teens. 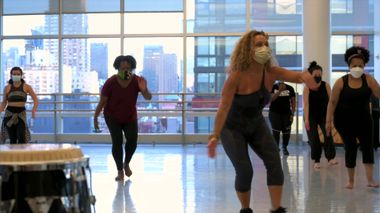 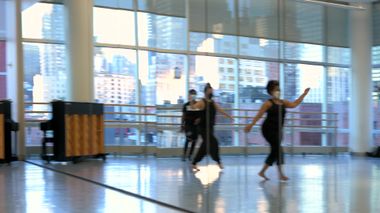