Marshall Davis, Jr. was born in Miami Beach, Florida. He began tap dancing at the age of 10 at the African Heritage Cultural Arts Center. By the age of 11, he was the 1989 Florida winner for the Tri-Star Pictures Tap Day contest, a promotion for the movie “Tap” starring Gregory Hines and Sammy Davis, Jr. At age 13, he accepted a check from Ed McMahon for winning the coveted title of 1991 Star Search Teen Dance Champion. Since winning, he has had the pleasure of performing with Harold “Stumpy” Cromer at the Guthrie Theater as Pocket in the musical Babes in Arms directed by Garland Wright. Later, he joined the Tony award-winning Broadway production of Bring in Da' Noise Bring in Da' Funk choreographed by Savion Glover and directed by George C. Wolfe. Mr. Davis has also performed throughout Europe, Japan, Australia and the United States. Marshall's dancing is most heavily influenced by his mentor, the late Steve Condos of the "Condos Brothers". He has also received guidance from James “Buster” Brown, Edwin Holland, Paul Kennedy, Ted Levy, LaVaughn Robinson and Sam Weber. Named "Most Unusual Dance Soloist" by The Miami Herald for his rendition of the Morton Gould Tap Concerto, Marshall is also the recipient of Isaac Hayes’ “Breaking the Barrier” award for his achievements at such an early age. The adjunct professor of tap at Queens College can be seen through motion capture performance in the animated movie Happy Feet Two, directed by George Miller. Currently, in addition to presenting his latest production of Marshall L. Davis Jr. & Friends as a part of The B.E.A.T Festival, Mr. Davis guest stars as the featured hoofer with some of America’s most prestigious ballet companies in Simply Sammy, a ballet choreographed by Darrell Grand Moultrie, set to the music of Sammy Davis Jr. 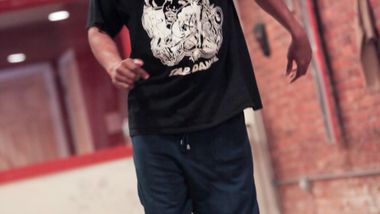 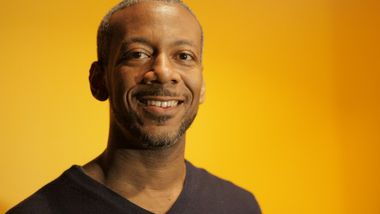 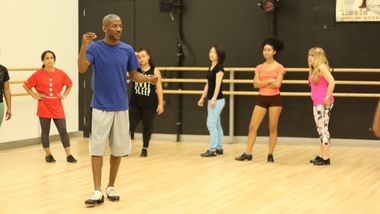 Join in on a tap dancing lesson with Marshall Davis, Jr., a tap instructor at the Ailey Extension in New York. If you have any questions about the routine, put them in the comments, and NYT journalist Nilo Tabriz will ask some.