Bronx-native Linda Celeste Sims began training at Ballet Hispanico School of Dance and graduated from LaGuardia High School of the Performing Arts. She was a member of Ballet Hispanico from 1994 to 1996 before joining Alvin Ailey American Dance Theater in 1996 where she became one of Ailey’s longest tenured dancers and served as the Assistant to the Rehearsal Director. During this time, Mrs. Sims was the rehearsal director for several pieces set on the Ailey Company including Twyla Tharp’s The Golden Section, George Faison’s Suite Otis, and Ronald K. Brown’s Open Door, Four Corners and Grace. 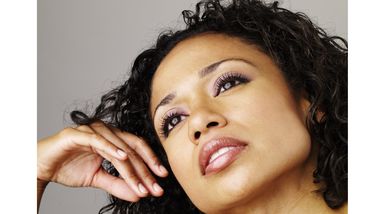 (New York) September 10, 2020 – Ailey Extension invites people around the globe to fall into dance with a variety of classes, special workshops and a kids & teens series starting in September. Students of diverse ages, backgrounds and levels are welcome to enjoy learning dance moves and enhancing fitness under the instruction of New York City’s top dance professionals with a cornucopia of virtual offerings.

The New York Times - Perfect Timing For Their Next Move

Glenn Allen Sims and Linda Celeste Sims did something many couples do: They had a baby. But they're no ordinary couple. As two treasured veterans of Alvin Ailey American Dance Theater — Glenn for 23 years, and Linda for 24 — they have long persisted in jobs that have pushed them to their physical limits. With the birth of their son, Ellington James Sims, in April 2019, they faced a new challenge.

The New York Times - 'Just Speaking From My Body'

Every so often a great dancer transcends her own brilliance, somehow expanding its outer limit. Last week at City Center, Linda Celeste Sims, a member of Alvin Ailey American Dance Theater for 24 years, did just that in a rapturous performance of Ailey's 1971 "Cry," a 16-minute solo dedicated "to all black women everywhere - especially our mothers." This season Ms. Sims, 43, danced the work for the first time as a mother - she gave birth to her first child, Ellington, in May - and something shifted.