Angel Kaba, International Creative & Artistic Director, has been collaborating with artists such as Coolio, Orishas, Kaye Styles, Rihanna, Kayne West, Taye Diggs and others. Further notable experiences involved stage/television/commercial performances and dancing for world renowned brands like Coca Cola, Levi's, Fructis by Garnier, Nutella, Universal, RocNation, MTV, NBC, and SNAPCHAT. Kaba began her artistic career with ballet at the tender age of 6, which she pursued for more than 15 years. She also studied music theory and theater at the Music Academy of Brussels in Belgium. Beside her artistic path, she graduated with honors in Marketing from a business school in 2005.

In 2006, she started working on her first musical entitled “Elya’s Dream”. By then, she had already founded her own performance company, Contre-Tendance. Her primary goal is to train artists and to create opportunities for them to express themselves on stage. “Believe in your dreams and try hard to reach them” is the leitmotif she keeps repeating to her company’s artists.

Angel Kaba developed her own dance technique "Ka'frican" combining a Hip Hop foundation with Afro Urban dance styles. The foundation of urban street dance styles is incorporated as backdrop to the heavily African influenced technique. The social and pleasant side of this discipline creates an environment where students dance, have fun and feel free. She performs and teaches hip-hop & Afro’Dance master classes all over the world, including Belgium, Germany, Poland, France, Congo DRC, Martinique, Cuba and more. 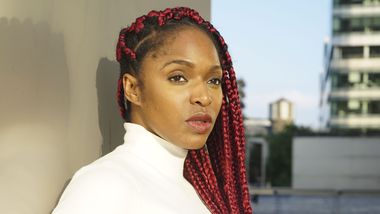 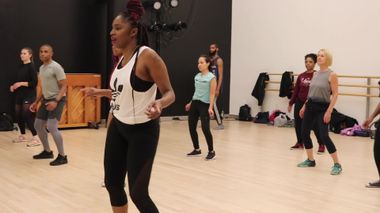