Lisa Johnson-Willingham became director of Ailey Extension in 2011, expanding Alvin Ailey’s vision that dance is for everybody through innovative and accessible dance programs for students of all ages, levels, and backgrounds. Under her leadership, the program has continued to thrive since its inception in 2005, attracting over 83,000 new students and incorporating virtual offerings to reach a global audience of over 43,000 students in more than 70 countries. In addition to creating annual workshops like Ailey Experience and student performance workshops such as Voices and Visions and World Dance Celebration; Lisa has further enriched Ailey Extension’s public programming by hosting premiere guest artists including Judith Jamison, Robert Battle, Les Twins, Yanis Marshall, and Pretty BIG Movement; and creating legacy panels with revered dancers and choreographers such as Renee Robinson and Sarita Allen.

During her time with the Ailey Company, Ms. Johnson-Willingham was invited by Judith Jamison to choreograph for Alvin Ailey American Dance Theater during its 40th Anniversary Season – a piece entitled Restricted (1998). While living in Chicago, she choreographed for many prominent dance companies, theater productions, and musicals at the Goodman Theater, Steppenwolf Theater, Chicago Dramatist, and Congo Square Theater Company.

Throughout her nearly thirty-year history with Ailey, Lisa has been passionate about mentoring aspiring dancers, such as Ailey II dancers Martell Ruffin and Brena Thomas and Ailey dancer Solomon Dumas – who was a group leader and instructor at AileyCamp Chicago during her tenure and in 2016 became the first former AileyCamper to earn a role as member of Alvin Ailey American Dance Theater.

A Washington, D.C. native, Ms. Johnson-Willingham attended the Duke Ellington School of the Arts and is a graduate of University of the Arts in Philadelphia. She currently lives in New Jersey with her two children, Quincy and Noah. 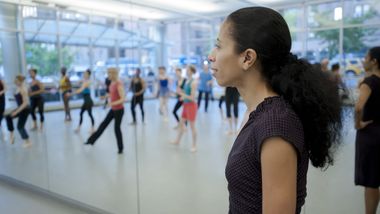 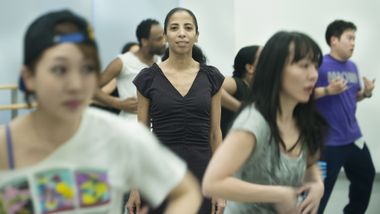 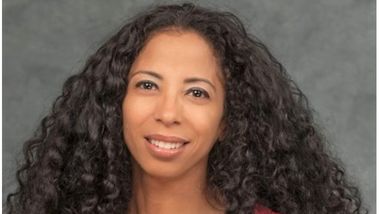 When I was in high school, my friends at The Chicago Academy for the Arts told me about Lisa Johnson-Willingham, an impressive former Ailey dancer who was teaching Horton at Joel Hall Dancers & Center on Thursday nights. I decided I ought to give her class a try. The first time I went, I didn’t even pay for class. In fact, I don’t think I ever paid for her class. She was tough as nails, but she was always generous. The room was packed with people from all over the city. From modern dancers to professional ballet dancers to young students—everyone wanted to learn from her. Her classroom got so hot from sweaty bodies that the windows completely fogged up and contrasted the cold night outside.

For the past year, the Covid-19 pandemic has forced performing arts students to adjust to online Zoom classes, putting many of the performances on hold. NBC News’ Isa Gutierrez spoke to teachers and students, including Ailey Extension Director Lisa Johnson-Willingham, about how they have adapted to learning and teaching remotely.

Sandra Bookman sits down with Director of Ailey Extension, Lisa Johnson-Willingham to discuss the Kids and Teens Sunday Dance Series and all classes offered through the Ailey Extension, bringing “real classes for real people.”