Alvin Ailey’s modern dance translation of a classical pas de deux captures the sassy sophistication of Duke Ellington’s jazz music. The choreography is elegant and deliciously flirtatious, showing off the dancers’ exuberance and virtuosity as they engage in a playful game of one-upmanship.

Originally created for two of the most renowned dancers in the world, Judith Jamison and Mikhail Baryshnikov, Pas de Duke was first presented as part of the festival “Ailey Celebrates Ellington” at Lincoln Center’s New York State theater in 1976, commemorating the nation’s bicentennial with America’s two great art forms – modern dance and jazz music. Ailey choreographed five sections that capture the sassy sophistication of “The Duke’s” jazz music: the introduction to “Such Sweet Thunder” (1957); the pas de deux to “Sonnet for Ceasar” (1975); the male solo to “Sonnet for Hank Cinq” (1957); the female solo to “Unclothed Woman” (1948); and the finale to “Old Man’s Blues” (1930), which captured the exuberance of the star dancers’ qualities and techniques as the male and female soloists mirror each other toe-to-toe and line-for-line in this playful, good-natured competition. Most recently during Ailey’s 2020 virtual holiday season, an excerpt of Pas de Duke was filmed on top of the iconic landmark Woolworth Building as a breathtaking love letter to New York City. This new production includes an adagio section that has not been performed by the Ailey Company in almost 20 years. 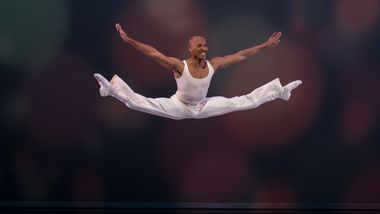 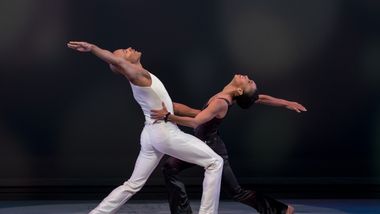 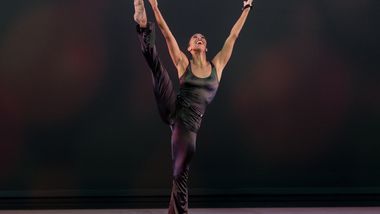 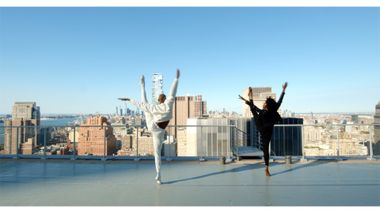 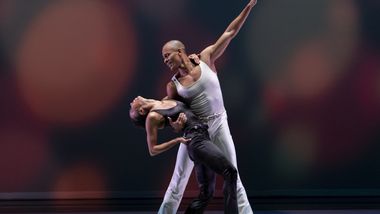 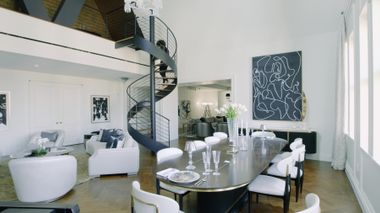 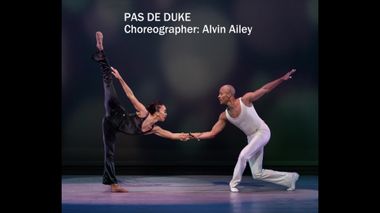