Ronni Favors began dancing as a child in her hometown of Iowa City, Iowa. After studying at the National Music Camp in Interlochen, MI as the recipient of the Camp Scholarship, she traveled to New York to continue her training at The Ailey School as a Fellowship student. Ms. Favors was a member of Ailey II, Alvin Ailey American Dance Theater, and the Lar Lubovitch Dance Company, and she is a recipient of the Min-On Art Award. As the assistant to Lar Lubovitch, Ms. Favors set his works on several companies, including Cleveland Ballet, the Juilliard Dance Ensemble, Ballet du Nord, and Alvin Ailey American Dance Theater. Ms. Favors was the ballet instructor at the 1989 inaugural session of AileyCamp in Kansas City and served as Artistic Director of the Camp in 1990. She is the founding Director of Children’s Aid AileyCamp New York and provided guidance in the national implementation of the AileyCamp program. In 1997, Ms. Favors was named Assistant Rehearsal Director of the Company and was its Rehearsal Director from 1999 to 2010. Ms. Favors engaged and rehearsed local dance students who performed with the Company in Alvin Ailey’s Memoria in Johannesburg during Ailey’s return to South Africa in 1998, as well as in Seattle in 2003 and in Copenhagen, Los Angeles, Chicago, Kansas City, and New York in 2008. Most recently, she set Alvin Ailey’s Night Creature on TU Dance in St. Paul, MN, and on Oregon Ballet Theatre. Ms. Favors rejoined the Company as Rehearsal Director in 2019. 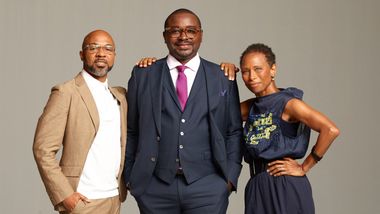 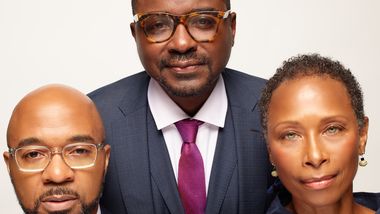 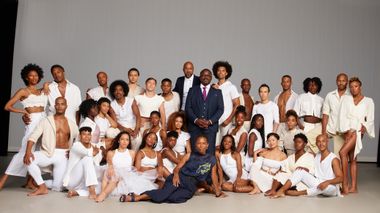 Set to spirituals, gospel songs and blues, Alvin Ailey’s modern dance masterpiece "Revelations" was first performed in 1960. It was unlike anything audiences had seen before, and since then it’s been performed continuously around the globe. On this edition of Talk of Iowa, host Charity Nebbe speaks with Iowa native Ronnie Favors of the Alvin Ailey American Dance Theater about her journey through modern dance and the troupe’s upcoming Iowa performance.

The New York Times - Associate Director To Step Down At Ailey

Masazumi Chaya, the associate artistic director of Alvin Ailey American Dance Theater since 1991, will retire on Jan. 5 after the company's annual City Center season. But he'll still be involved with the organization: After he steps down, Chaya, 72, will be in charge of a licensing project that will assist in the restaging of Ailey's works. Matthew Rushing, a veteran dancer and the company's rehearsal director, will take over as associate artistic director, while Ronni Favors, a former Ailey member, will become the company's rehearsal director. Clifton Brown, a current dancer, will join Linda Celeste Sims as an assistant to the rehearsal director.