Masazumi Chaya was born in Fukuoka, Japan, where he began his classical ballet training. Upon moving to New York in December 1970, he studied modern dance and performed with the Richard Englund Repertory Company. Mr. Chaya joined Alvin Ailey American Dance Theater in 1972 and performed with the Company for 15 years. In 1988, he became the Company's Rehearsal Director after serving as Assistant Rehearsal Director for two years. A master teacher, both on tour with the Company and in his native Japan, he served as choreographic assistant to Alvin Ailey and John Butler. From 1991 to 2019, Mr. Chaya served as Associate Artistic Director of the Company. Through The Masazumi Chaya Fund & Alvin Ailey Choreographic Legacy Project, he continues to provide invaluable creative assistance in all facets of its operations.

In 2002, Mr. Chaya coordinated the Company’s appearance at the Rockefeller Center Christmas tree-lighting ceremony, broadcast on NBC. Mr. Chaya has restaged numerous ballets, including Alvin Ailey's Flowers for the State Ballet of Missouri (1990) and The River for the Royal Swedish Ballet (1993), Ballet Florida (1995), National Ballet of Prague (1995), Pennsylvania Ballet (1996), and Colorado Ballet (1998). He has also restaged The Mooche, The Stack-Up, Episodes, Bad Blood, Hidden Rites, and Witness for the Company. At the beginning of his tenure as Associate Artistic Director, Mr. Chaya restaged Ailey's For ‘Bird’ - With Love for a “Dance in America” program entitled Alvin Ailey American Dance Theater: Steps Ahead.  In 2000, he restaged Ailey’s Night Creature for the Rome Opera House andThe River for La Scala Ballet.  In 2003, he restaged The River for North Carolina Dance Theatre and for Julio Bocca’s Ballet Argentina. Most recently, Mr. Chaya restaged Blues Suite, Forgotten Time, Streams, Urban Folk Dance, and Vespers for the Company.

As a performer, Mr. Chaya appeared on Japanese television in both dramatic and musical productions. He wishes to recognize the artistic contribution and spirit of his late friend and fellow artist, Michihiko Oka. 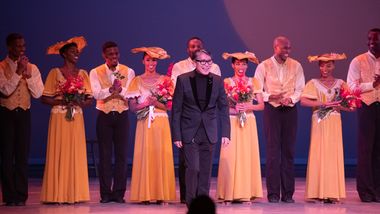 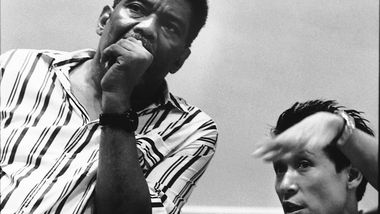 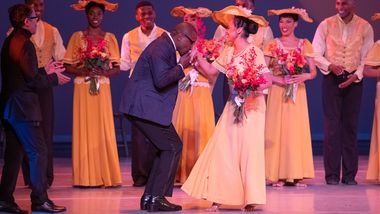 (New York) October 7, 2019 – This October Ailey Extension offers a wealth of opportunities for dancers of all ages to learn moves from internationally-acclaimed dance icons and veterans of Alvin Ailey American Dance Theater. Pose on FX’s Dashaun Wesley, will teach every element of vogue in a workshop focused on the culturally rich and highly stylized history and fundamentals of this alluring technique. Veteran Ailey dancer Vernard Gilmore will lead multiple Rommett Floor Barre® workshops allowing dancers to correct alignment and understand their energy. New and seasoned dancers alike will have the exciting chance to dance in a Contemporary workshop taught by Ailey’s Jamar Roberts, before he makes his premiere as Ailey’s first-ever resident choreographer. Students can take part in an exciting new collaboration project between famed Afro Latin Artist/Choreographer Sekou Miller and Senegalese Experimental Sabar Innovator Babacar Top during a lively Afro Fusions Masterclass combining African modern dance with traditional and social dances from West Africa, the Caribbean and the US. Dancers of all experience levels can learn the basics of vogue from Cesar Valentino - an icon of New York City’s famed Ballroom Vogue scene - and put their moves to the test on the runway during a Halloween- themed Vogue Workshop/Mini Ball. Ailey Extension also invites the public to join In Conversation with Masazumi Chaya, moderated by former Ailey Company member Renee Robinson, to reflect on Chaya’s history-making five-decade journey with the Ailey organization prior to his final season as Associate Artistic Director at New York City Center from December 4, 2019 – January 5, 2020.

The New Yorker - Goings On About Town: Contemporary Dance

Masazumi Chaya, a beloved animating spirit of Alvin Ailey American Dance Theatre since 1972, first decided to retire in 1986. But Ailey asked him to stay on as an assistant to the rehearsal director, and so Chaya stayed, and stayed - through Ailey's death, two changeovers of artistic director, and several generations of dancers. Now, as Chaya finally follows through on his retirement plan, the company honors its associate artistic director with a tribute evening on Dec. 22, part of its five-week season at City Center.

After 48 years with the celebrated Alvin Ailey Dance Theater, both as performer and choreographer, Masazumi Chaya is hanging up his dancing shoes. The Japanese-American artist will start the new year by retiring as the modern dance company's artistic director. But the man known as "The Keeper of the Flame" to some colleagues is working until his very last day with the renowned dance troupe, whose members will celebrate his legacy with a special evening of performances on Sunday at New York's City Center. He got his nickname for preserving the New York City-based company's repertoire and for training generations of dancers through the past three decades.

For 47 years, Masazumi Chaya has overseen Alvin Ailey's dancers - and now he's ready to move on. Masazumi Chaya, a doctor and nurse's son from Japan, expected to go to medical school. But at 17, he took a jazz-dance class and started performing on TV shows there. By 21, he wondered just how good a dancer he really was. He wanted to test himself - so he went to New York.