Judith Jamison joined Alvin Ailey American Dance Theater in 1965 and quickly became an international star. Over the next 15 years, Mr. Ailey created some of his most enduring roles for her, most notably the tour-de-force solo Cry. During the 1970s and 80s, she appeared as a guest artist with ballet companies all over the world, starred in the hit Broadway musical Sophisticated Ladies, and formed her own company, The Jamison Project. She returned to Alvin Ailey American Dance Theater in 1989 when Mr. Ailey asked her to succeed him as Artistic Director. In the 21 years that followed, she brought the Company to unprecedented heights – including two historic engagements in South Africa and a celebration of the Company’s 50th anniversary with a 50-city global tour and a year-long series of special performances, collaborations, events and commemorative merchandise including the photographic book Ailey Ascending: A Portrait in Motion and an Ailey Barbie® Doll by Mattel that she designed.

Ms. Jamison is the recipient of numerous awards and honors, among them a prime time Emmy Award, an American Choreography Award, the Kennedy Center Honor, a National Medal of Arts, a “Bessie” Award, the Phoenix Award, and was presented the Handel Medallion by Mayor Bloomberg, the highest honor awarded by the City of New York.  She was also listed in “The TIME 100: The World’s Most Influential People” and honored by First Lady Michelle Obama at the first White House Dance Series event.  In 2013, Ms. Jamison was the 50thinductee into the Hall of Fame at the National Museum of Dance.

As a highly regarded choreographer, Ms. Jamison has created many celebrated works, including Divining (1984), Forgotten Time (1989), Double Exposure (for the Lincoln Center Festival in 2000), HERE . . .NOW. (commissioned for the 2002 Cultural Olympiad in Salt Lake City), LoveStories (with additional choreography by Robert Battle and Rennie Harris, 2004), and Among Us (Private Spaces: Public Places)(2009).  Her 1996 ballet Sweet Release featured original music by Wynton Marsalis and Reminiscin' (2005) was inspired by great female jazz artistis and Edward Hopper's famous painting Nighthawks.  In 1993, Ms. Jamison created Hymn as a stirring tribute to Mr. Ailey, which was the centerpiece for the Emmy award-winning PBS "Great Performances: Dance In America" special, A Hymn for Alvin Ailey.

Ms. Jamison’s autobiography, Dancing Spirit, was edited by Jacqueline Kennedy Onassis and published in 1993.  In 2004, under Ms. Jamison’s artistic directorship, her idea of a permanent home for the Ailey company was realized and named after beloved chairman Joan Weill. Ms. Jamison continues to dedicate herself to asserting the prominence of the arts in our culture, and she remains committed to promoting the significance of the Ailey legacy – using dance as a medium for honoring the past, celebrating the present and fearlessly reaching into the future. 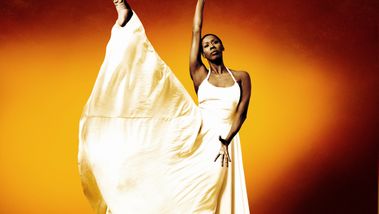 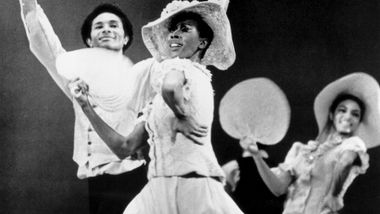 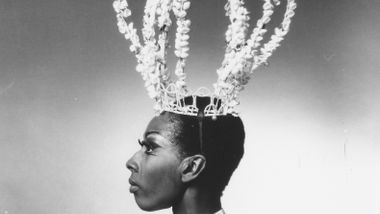 (NEW YORK) January 6, 2022 – Ailey Extension is helping people all around the world kickstart their 2022 resolutions with new workshops and weekly classes to help make movement part of a fun and healthy lifestyle. Throughout January, students of all ages and experience levels will have the chance to explore new dance styles and get started on their fitness goals by getting moving with New York City’s elite instructors. The updated weekly schedule offers dancers ages 16 and up plenty of new opportunities to join in the dance either in-studio at the Joan Weill Center for Dance – NYC’s largest building dedicated to dance – or virtually from wherever they are located. Kids ages 5-11 and teens/tweens ages 12-17 can also get moving with Ailey during the Kids & Teens Sunday Dance Series.

The New York Times - 'This Is My Choreography Now'

Celebrating 10 years as the artistic director of Alvin Ailey American Dance Theater, Battle says he is most proud of the chances he has taken.

The documentary "Ailey" tells the story of the late Alvin Ailey, who founded the Alvin Ailey American Dance Theater in 1958. Host Robin Young speaks with the film's director Jamila Wignot and Judith Jamison, a dancer and artistic director emerita of Alvin Ailey's company.