Alvin Ailey was born on January 5, 1931, in Rogers, Texas. His experiences of life in the rural South would later inspire some of his most memorable works. Mr. Ailey was introduced to dance in Los Angeles by performances of the Ballet Russe de Monte Carlo and the Katherine Dunham Dance Company, and his formal dance training began with an introduction to Lester Horton’s classes by his friend Carmen de Lavallade. Horton, the founder of one of the first racially-integrated dance companies in the United States, became a mentor for Mr. Ailey as he embarked on his professional career. After Horton’s death in 1953, Mr. Ailey became director of the Lester Horton Dance Theater and began to choreograph his own works. In the 1950s and 60s, Mr. Ailey performed in four Broadway shows, including House of Flowers and Jamaica.

In 1958, he led a group of young black modern dancers in a performance in New York City that changed forever the perception of American dance.  Since then, Alvin Ailey American Dance Theater – a company dedicated to enriching the American modern dance heritage and preserving the uniqueness of the African-American cultural experience – has gone on to perform for an estimated 25 million people in 71 countries on six continents.

When Mr. Ailey began creating dances, he drew upon his "blood memories" of Texas, the blues, spirituals and gospel as inspiration, which resulted in the creation of his popular and critically acclaimed must-see masterpiece Revelations. A few of his other notable works include 1958’s Blues Suite, his first masterpiece; Cry, the acclaimed tour-de-force female solo created for his mother in 1971; and several works set to music by jazz greats such as Duke Ellington, Charlie “Bird” Parker, and Hugh Masekela.

Although he created 79 ballets over his lifetime, Alvin Ailey maintained that his company was not exclusively a repository for his own work.  Today, the Company continues Mr. Ailey's mission by presenting important works of the past and commissioning new ones.  In all, more than 200 works by over 80 choreographers are part of the Ailey company’s repertoire.

His ballets have appeared in the repertories of major dance companies around the world, including American Ballet Theatre; The Joffrey Ballet; Dance Theatre of Harlem; Paris Opera Ballet; and La Scala Ballet, and he choreographed operas for the openings of such esteemed institutions as The Metropolitan Opera House (Samuel Barber’s Antony and Cleopatra in 1966 with Leontyne Price) and The Kennedy Center (Leonard Bernstein’s Mass in 1971).

He established the Alvin Ailey American Dance Center (now The Ailey School) in 1969 and formed the Alvin Ailey Repertory Ensemble (now Ailey II) in 1974. Mr. Ailey was a pioneer of programs advancing arts in education, and the final program he launched before his passing in 1989 was AileyCamp – a full-scholarship summer day camp for young people ages 11 – 14 in underserved communities, now in 10 cities nationwide.

Throughout his lifetime, Alvin Ailey received numerous honors and awards, including several honorary doctoral degrees, a 1976 NAACP Spingarn Award, and a 1982 United Nations Peace Medal. From the dance world, he received the 1975 Dance Magazine Award, the 1979 Capezio Award and modern dance’s most prestigious prize—the Samuel H. Scripps American Dance Festival Award—in 1987. In 1988, he received the Kennedy Center Honor in recognition of his extraordinary contribution to American culture and achievement in the performing arts. He was posthumously awarded by President Obama the 2014 Presidential Medal of Freedom – the country’s highest civilian honor – in recognition of his contributions and commitment to civil rights and dance in America, as well as the 2017 Logo Trailblazer Honor, celebrating him as a leader at the forefront of LGBTQ equality. He was also the subject of Alvin Ailey: A Life in Dance, Jennifer Dunning’s moving 1998 biography and the critically-praised documentary Ailey, which premiered at the 2021 Sundance Film Festival.

When Mr. Ailey died on December 1, 1989, The New York Times said of him, “you didn’t need to have known [him] personally to have been touched by his humanity, enthusiasm, and exuberance and his courageous stand for multi-racial brotherhood.” 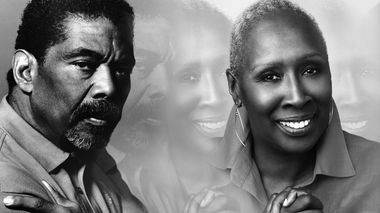 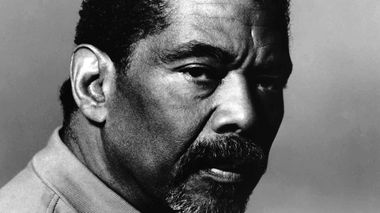 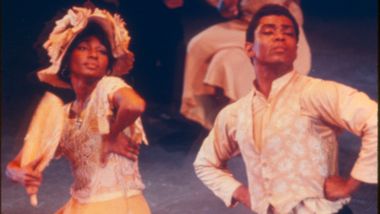 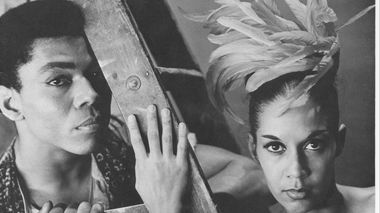 New York, NY – August 3, 2021 – Director Jamila Wignot’s powerful AILEY documentary, a resonant biography of trailblazing visionary Alvin Ailey, opens in movie theaters nationwide on Friday, August 6. Heralded as a must-see at the Sundance Film Festival and a Tribeca Film Festival critics pick, the film is told through Ailey’s own words, along with interviews with those close to him, and features evocative archival footage and rarely seen historic performances. The official trailer here previews the film acclaimed as “extraordinarily moving” and “a movie that pulses with joyful expressiveness” that “hauntingly evokes Alvin Ailey’s majesty.”

The heat is on in New York, but Alvin Ailey American Dance Theater is giving New Yorkers plenty of reason to get outside. The iconic dance company is kicking off a series of free outdoor events throughout all five boroughs from Saturday through Aug. 1. Called “Ailey Moves NYC,” the 10-day summer celebration will include performances by the company, classes, workshops, and screenings of Jamila Wignot’s acclaimed 2021 documentary “Ailey.”

The Wall Street Journal: A Peek Behind The Curtain Of A Creative Mind

The problem with being Alvin Ailey was being Alvin Ailey. “Sometimes your name becomes bigger than yourself,” says the dancer-choreographer Carmen de Lavallade of her late friend and colleague. “Alvin Ailey: Do you really know who that is, or what that is?” Jamila Wignot’s moving and poetic documentary portrait, “Ailey,” provides answers, while making clear that its subject had the same questions