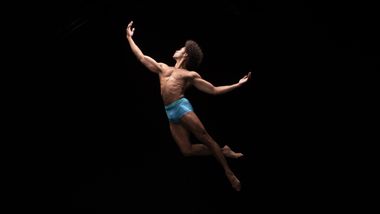 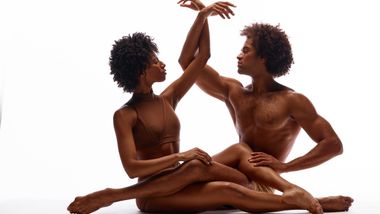 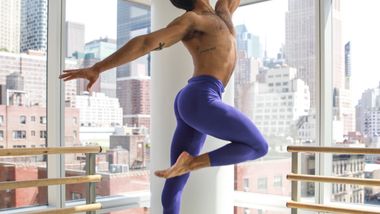 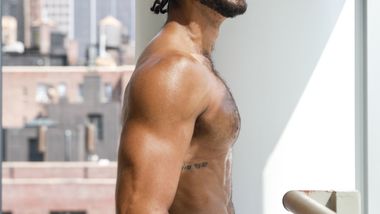 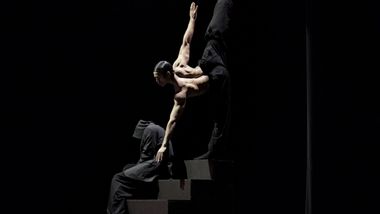 Alvin Ailey’s “Revelations” is back in the flesh — and Alvin Ailey American Dance Theater is dancing it as rousingly as ever. If you’ve never seen “Revelations,” or haven’t gotten a dose in a few years, make haste to the Ailey company’s current run at UC Berkeley’s Cal Performances, where this eternal and indestructible 1960 classic is slated to cap every program (there are five of them) on offer through Sunday, April 3. And brace yourself; as one longtime fan was heard telling a newcomer on opening night Thursday, March 29, “You’re about to go to church.”

The Philadelphia Sunday Sun - James Gilmer: From A Dream To The Alvin Ailey American Dance Theater

Pittsburgh native James Gilmer always had a love for the arts. Growing up in a family that was musically and artistically inclined sparked an interest in dance at an early age. His parents began cultivating his love for dance by putting him in a ballet and tap sampler class at the Larry Cervi School of dance when he was just five years old. Gilmer went on to receive a scholarship to attend the Pittsburgh Ballet Theatre School when he was 8 years old. After graduating high school, he was accepted into the second company at the Cincinnati Ballet and joined the main company shortly thereafter. Eventually he went on to dance with ODC Dance Company in San Francisco before landing his dream job in New York. In 2019, Gilmer became a member of the prestigious Alvin Ailey American Dance Theater. Gilmer spoke with the SUN about his journey in the world of dance, his dream job with the Alvin Ailey American Dance Theater and the Alvin Ailey American Dance Theater’s upcoming performance at the Kimmel Center Cultural Campus.

December is never a breeze for an Alvin Ailey dancer, but recently — amid rehearsals and with a performance looming that evening — James Gilmer found himself in an empty closet on the studio side of New York City Center. Armed with a late lunch, he was using his only break of the day for an interview. But as he sees it, it’s better not to waste time.