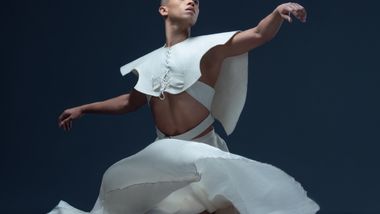 While attending The Chicago High School for the Arts, Travon M. Williams hoped to eventually join Ailey II, which is billed as The Next Generation of Dance. “When I was in high school, we wrote letters and we couldn’t open them until graduation. In my freshman letter I wrote, ‘I hope you get in to Juilliard or Ailey II.’ Actually I got wait-listed for Juilliard and I’m in Ailey II,” said Williams, who is in his second season with Ailey II.