Ailey II is universally renowned for merging the spirit and energy of the country’s best young dance talent with the passion and creative vision of today’s most outstanding emerging choreographers. Founded in 1974 as the Alvin Ailey Repertory Ensemble, the company embodies his pioneering mission to establish an extended cultural community that provides dance performances, training, and community programs for all people. Ailey II has flourished into one of the most popular modern dance companies, combining a rigorous touring schedule with extensive community outreach programs. Dance Magazine calls Ailey II "second to none," and The New York Times declares, "There's nothing like an evening spent with Ailey II, the younger version of Alvin Ailey American Dance Theater." 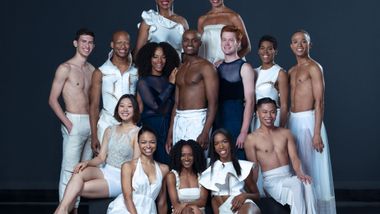 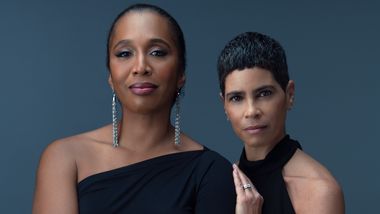 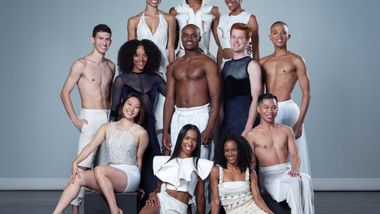 Ailey II, The Next Generation Of Dance, Sets Out On U.S. Tour Led By Francesca Harper In Her Second Season As Artistic Director

NEW YORK – OCTOBER 6, 2022 — Ailey II, the next generation of dance, will embark on a 22-city United States tour October 7 - February 25 stretching from Miami, Florida to South Bend, Indiana to Tacoma, Washington. Following the tour, the renowned ensemble of 12 rising stars will return home for an annual New York season at The Ailey Citigroup Theater March 22 – April 2, 2023.

While attending The Chicago High School for the Arts, Travon M. Williams hoped to eventually join Ailey II, which is billed as The Next Generation of Dance. “When I was in high school, we wrote letters and we couldn’t open them until graduation. In my freshman letter I wrote, ‘I hope you get in to Juilliard or Ailey II.’ Actually I got wait-listed for Juilliard and I’m in Ailey II,” said Williams, who is in his second season with Ailey II.

Francesca Harper, Artistic Director Ailey II. The dancer, choreographer, singer, actor, producer, teacher, director and educator, as well as ballet consultant for the Oscar-winning Black Swan, became the artistic director of AIley II eight months ago, following in the footsteps of her late mother, Denise Jefferson, who directed The Ailey School from 1984 until 2010. "It feels so much bigger than me," she has said of the appointment.

She tried a number of different sports growing up in Bridgewater, but it was dance and ballet that truly made her feel alive. Now, Bridgewater resident Rachel Yoo has joined Ailey II as a first-year member of the second company to the Alvin Ailey American Dance Theater.