President Emerita, Board of Trustees

Recently inducted into the Broadcasting and Cable Hall of Fame, Debra L. Lee is one of this country’s most respected business executives. As Chairman and Chief Executive Officer of BET Networks, the leading media and entertainment company aimed at African-Americans, she is one of the highest ranking African-American women at the media giant Viacom Inc. A graduate of the John F. Kennedy School of Government and Harvard Law School, Lee played a key role in taking BET public in 1991. Prior to her appointment as CEO in March 1996, Ms. Lee served as the network’s executive vice president of strategic business development. In 2003, Ms. Lee was given the Distinguished Vanguard Award for Leadership from the National Cable Television Association, making her the first African-American female executive to receive the honor. Under her leadership, BET continues to bring quality programming to an audience of 89 million households. 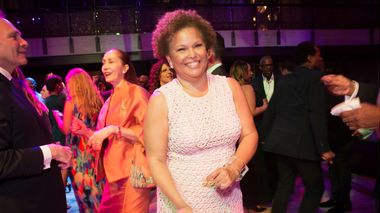 When Deba L. Lee began her career at BET, it was barely more than a start-up.