Robin Dunn began her career studying and eventually teaching dance at the Charlotte Pollak Dance Studio in Queens, NY where she learned Tap, Jazz and Ballet under Pollak and later studied and taught under Frank Hatchett at Broadway Dance Center in NYC as well as studying Ballet, Horton and Dunham at The Ailey School. In the early 90’s, Robin was introduced to the world of Hip Hop dance and culture by her first teachers, Buddha Stretch and Mr. Wiggles.

Robin’s method for breathing life into a performance is through her patented F.A.C.E. Method. F.A.C.E., an acronym for Focus, Attitude, Confidence, Energy and Eye Contact, is a tightly constructed method designed to develop and enhance artists, business professionals and individuals with being more comfortable on stage, camera, the work place and more. She imparts her own life wisdom as well as inspiring and motivating her students to feel confident. In July, 2006 Robin was received with rave reviews in Moscow, Russia for addressing 2,000 Marketing professionals of Meridian International Group on the ability of her F.A.C.E. method to aid them with improving their marketing presentations.

Robin teaches Hip Hop dance at The Ailey School, The Ailey Extension, and Steps on Broadway in NYC. In keeping with Robin’s innovative nature, she was the first to introduce the art of Hip Hop dance to the east coast at New York’s Broadway Dance Center and The Ailey School. Robin has also taught at NYU, Syracuse University, East Stroudsburg University/PA Dance and Conneticut Ballet in Stamford, CT.

Look on stage, in an artist’s eyes, moves, in their attitude and you’ll know why she has and remains to be a standard in the entertainment industry. 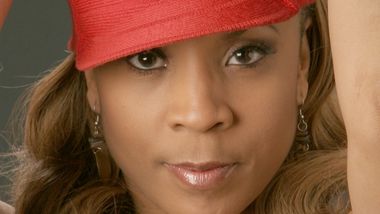 Ailey Extension Heats Up The Dance Floor All Summer Long With Summer Workshops And Classes For Kids, Teens, Adults, And Dance Teachers

(New York) UPDATED August 5, 2019 – Shimmy into summer at Ailey with a variety of exciting workshops, classes and more for movers of all ages and experience levels. As temperatures rise, Ailey Extension opens its doors for novice and professional students alike to refine their technique, learn from the city’s top instructors, connect with others in the NYC dance community, and have an unforgettable experience with the Ailey legacy all summer long at the Joan Weill Center for Dance – home of the world-renowned Alvin Ailey American Dance Theater, Ailey II, and The Ailey School.

The moment she walks into the studio, Robin Dunn transforms her beginner hip-hop class into a party. Her adult students at the Ailey Extension in New York City are a mix of first time drops-ins and longtime regulars. "My agenda is big," says Dunn, a native New Yorkers. "Its more than just 'Come sweat and have fun' - I want everyone to feel better about themselves, to feel fit and cool."

It's not often that you hear "locking," "turnout," and "namaste" in a single breath. That is, unless, you are in conversation with Robin Dunn.

My heart is already racing as I arrive a little late to my hip-hop class at the Alvin Ailey American Dance Theater. I still have to sign up and change into my J-Lo wear.