“The genesis of this work came to me while seeing Verdi's Requiem at Carnegie Hall,” explains Robert Battle. “I found myself utterly absorbed in the intricacies of how the choir moved as a unit and then organized and condensed themselves in the pews. The juxtaposition of the choir themselves constrained by space while their voices traveled through the hall was fascinating. I began creating the movement you will see in Mass by deconstructing the chorus. I wanted an original score and was familiar with John Mackey from previous works I had created, making him a clear choice for the composer.”

The ballet was originally created for a “New Dances” program at The Juilliard School in November 2004. The New York Times review of the performance declared, “Mr. Battle, the youngest choreographer, has recently made a name for himself with original rapid-fire movement and unexpected imagery. The Juilliard Percussion Ensemble, at the rear of the stage, provided the sound, growing in intensity. Mr. Battle took the senior class along the same path. The dancers scooted around, huddled, and worked themselves up wonderfully into astounding vigor. The ritual ended with the leader throwing himself to the floor and a group flying out into the wings.” 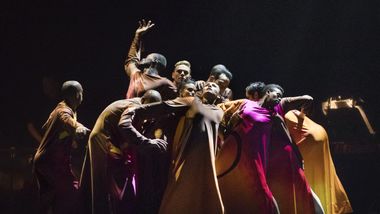 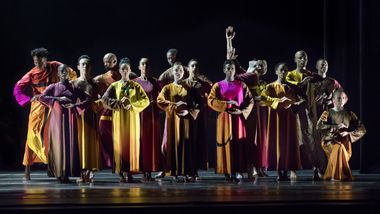 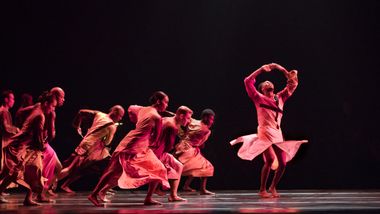 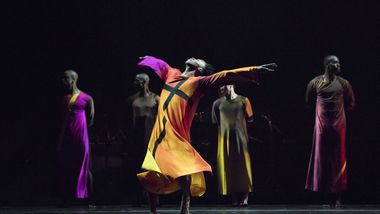 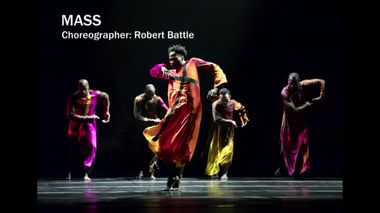 Alvin Ailey American Dance Theater, beloved as one of the world’s most popular dance companies, will return to Lincoln Center for the Performing Arts for a seven-performance engagement at the David H. Koch Theater June 14 – 18, 2017. Today, Artistic Director Robert Battle announced repertory for the season, which features the work of seven choreographers and recent premieres on three exciting programs, along with the Company debut of Battle’s 2004 work Mass, set to an original score by John Mackey performed with live music.