In 1971, Alvin Ailey choreographed the ballet, Cry, as a birthday present for his mother; it went on to become an enduring work of American art. This 16-minute solo, which was first danced by the legendary Judith Jamison, is dedicated to "all black women everywhere - especially our mothers."

The solo is made up of three parts – the first set to Alice Coltrane’s “Something about John Coltrane,” the second to Laura Nyro’s “Been on a Train” and the last has the Voices of East Harlem singing “Right On, Be Free.” The female soloist represents all black women, depicting their African origins, the trials and tribulations they have endured and their joyful triumph over those hardships.

When Cry premiered at New York City Center in 1971, it was an immediate sensation. It propelled Judith Jamison, who is now the Artistic Director Emerita of Alvin Ailey American Dance Theater and was Ailey’s muse for Cry, to international stardom in the dance world. In its review of the premiere, The New York Times proclaimed, “…for years it has been obvious that Judith Jamison is no ordinary dancer. Now Alvin Ailey has given his African queen a solo that wonderfully demonstrates what she is and where she is… Rarely have a choreographer and a dancer been in such accord.” Since Jamison’s portrayal of this archetypal figure first popularized the piece, it has become a distinct honor for Ailey dancers to follow in her footsteps by performing Cry in its entirety onstage. 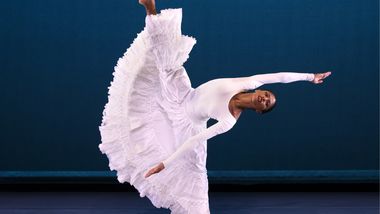 New York, NY – May 5, 2021 – Ailey Extension has kicked off National Physical Fitness Month with an invitation for people around the world to have fun being fit and fabulous during in an array of virtual classes and special workshops. During the month of May, students are encouraged to keep dancing and experience the physical and mental benefits of dance, including improved strength and flexibility, coordination, endurance, and decreased stress. All are welcome to celebrate by moving and grooving with popular instructors during a Hip-Hop Workshop on Thursday, May 6, a special Mother’s Day weekend BellydanceBURN workshop on Saturday, May 8; a Kids & Teens West African Workshop on Saturday, May 15, and a NY Style Mambo Workshop on Saturday, May 22. Two new weekly Beginner Horton and Morning Jumpstart classes give dancers even more opportunities to get their fitness fix on a consistent basis.

YouTube Originals - Black Renaissance: The Art And Soul Of Our Stories

The New York Times - Perfect Timing For Their Next Move

Glenn Allen Sims and Linda Celeste Sims did something many couples do: They had a baby. But they're no ordinary couple. As two treasured veterans of Alvin Ailey American Dance Theater — Glenn for 23 years, and Linda for 24 — they have long persisted in jobs that have pushed them to their physical limits. With the birth of their son, Ellington James Sims, in April 2019, they faced a new challenge.