SOLOMON DUMAS (Chicago, IL) (he, him, his) was introduced to dance through AileyCamp. He later began his formal training at The Chicago Academy for the Arts and the Russell Talbert Dance Studio, where he received his most influential training. Mr. Dumas studied at New World School of the Arts and was a Fellowship Level 1 student at The Ailey School. He has performed with companies including Garth Fagan Dance; Ronald K. Brown/Evidence, A Dance Company; and Labyrinth Dance Theater. Mr. Dumas was a member of Ailey II and joined the Company in 2016. Instagram: @solemn_on 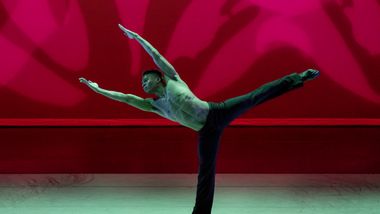 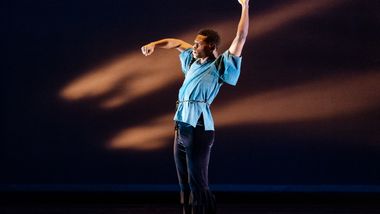 Now in its 28th year, AileyCamp is now underway this summer in 10 cities nationwide - inspiring students in challenging situations to discover their underlying potential, as well as the paths to set and achieve positive goals. Founded in 1989 by Alvin Ailey, the full-scholarship day camp uses the art of dance as a means to stretch the mind, body and spirit of more than 1,000 underserved students ages 11 to 14.

When I was in high school, my friends at The Chicago Academy for the Arts told me about Lisa Johnson-Willingham, an impressive former Ailey dancer who was teaching Horton at Joel Hall Dancers & Center on Thursday nights. I decided I ought to give her class a try. The first time I went, I didn’t even pay for class. In fact, I don’t think I ever paid for her class. She was tough as nails, but she was always generous. The room was packed with people from all over the city. From modern dancers to professional ballet dancers to young students—everyone wanted to learn from her. Her classroom got so hot from sweaty bodies that the windows completely fogged up and contrasted the cold night outside.

Since 1958, Alvin Ailey American Dance Theater has earned a reputation for passionate performance and innovation. The company’s mission is to “use the beauty and humanity of African-American heritage – and other cultures – to unite all people.” When the group performs at the Auditorium Theatre this week, it will be a homecoming for Chicago native Solomon Dumas. He’s one of 32 dancers in the national touring company. Dumas was just 13 years old when he first saw the acclaimed group at the Auditorium Theatre. A year earlier, he trained at AileyCamp Chicago, a summer day camp program for at-risk kids in 10 cities across the United States.