COURTNEY CELESTE SPEARS (Baltimore, MD), of Bahamian descent, began formal training at the Baltimore School for the Arts under the direction of Norma Pera. She was the 2015 Denise Jefferson Memorial Scholar and graduated summa cum laude with honors from the Ailey/Fordham BFA Program with degrees in dance and communications. Ms. Spears attended summer intensives at The Juilliard School and American Ballet Theatre, where she was named The National Training Scholar for two years. She has performed works by Camille A. Brown, Donald Byrd, Rennie Harris, and Azure Barton. Ms. Spears is a 2015 Princess Grace Award recipient and the co-founder of ArtSea Dance, an outreach and dance management company based in the Bahamas. Ms. Spears is signed with Wilhelmina Models and graduated from Harvard Business School’s “Crossover Into Business” program for professional athletes. She was a member of Ailey II and joined the Company in 2018. Instagram: @bahamaballerina 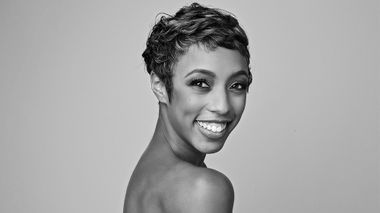 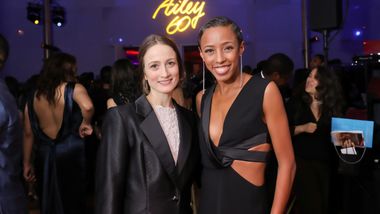 Today, Zoey Anderson, Corey John Snide, and I are all professional dancers thriving in the industry. But we were once anxious, excited young college students in NYC, hoping to make it big. The three of us graced the September 2013 Dance Spirit Higher Ed Issue cover together. Anderson graduated from Marymount Manhattan College in 2015, the same year Snide graduated from The Juilliard School; I completed the Ailey/Fordham BFA Program in 2016. Recently, we reconnected to talk about how we've grown over the years.

Dancer, actress, model, writer, entrepreneur, teacher and now businesswoman: Courtney Celeste Spears, Fordham College at Lincoln Center '16, is a master at turning her dreams into reality and is determined to use her platform to change the world.

The Ailey organization manifests founder Alvin Ailey’s belief that “dance came from the people and that it should always be delivered back to the people” with Ailey All Access, a series of digital dance offerings including online streaming of performances, dance and fitness classes, educational programs and original short films created by the Ailey dancers.