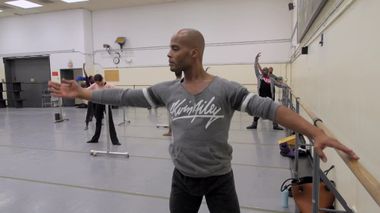 UPDATED January 31, 2019 (NEW YORK CITY) After an acclaimed five-week holiday season in New York, Alvin Ailey American Dance Theater will continue its Ailey Ascending 60th Anniversary celebration during a North American tour which kicks off during Black History Month with a February 1st opening in Toronto. On February 5th, a weeklong engagement at The Kennedy Center launches with the 20th Annual Washington, D.C. Gala Benefit to support Ailey's D.C. programs, including the creation of new works, arts-in-education activities, and scholarships to talented young area dancers to attend The Ailey School in New York. Other stops on the 21-city tour include Miami, Atlanta, Chicago, Los Angeles, and Boston, culminating with a Mother’s Day performance in Newark on May 12th.

After a year of solo practices and virtual performances, dancers are back on stage doing what they do best: performing in front of live audiences. But for some of the field’s biggest and most transformative stars, choreographing the future of an art form steeped in tradition means leaving some things in the past.

Tremaine Emory is no stranger to designer collaborations. As a consultant, the omni-talented artist has advised the likes of Kanye West and Frank Ocean and collaborated with brands such as Nike, Adidas, Levi’s and Stüssy. Now, the No Vacancy Inn co-founder and FACE family member has added yet another string to his bow: a super-slick collaboration with Champion. Due to launch in September, the Champion Tears collection takes influence from both the sportswear brand’s archives and one of the giants of 20th century dance: Alvin Ailey. Founder of the Alvin Ailey American Dance Theater in New York – and one of the most important figures in honouring Black culture through dance – the whole thing is brought to life in a film by director, dancer and star of A24’s upcoming Zola, Taylour Paige.

Expressions of Pride take many forms. Kemberly Richardson introduces us to Alvin Ailey dancer Chalvar Monteiro who exudes pride in performance and choreography for his new work premiering at the Ailey Spring Gala.