Since its creation in 1960, Revelations has consistently enraptured audiences all over the world with the perfect blend of reverent grace and spiritual elation. Alvin Ailey’s signature masterpiece pays homage to and reflects the cultural heritage of the African-American, what Ailey thought of as one of America’s richest treasures—“sometimes sorrowful, sometimes jubilant, but always hopeful.” 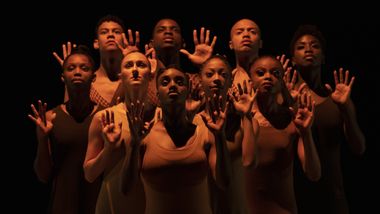 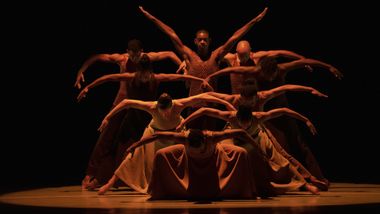 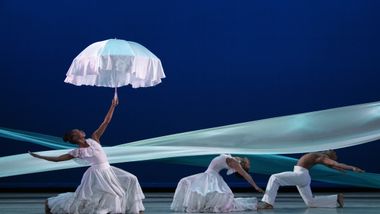 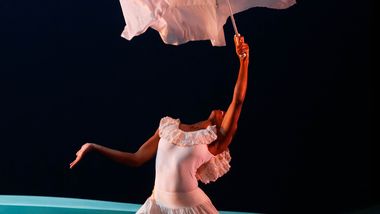 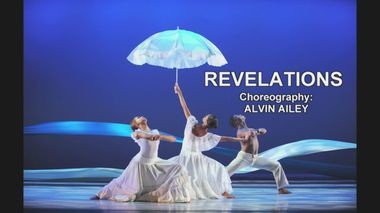 Ailey II to Offer Free Performance of 'Revelations' at Celebrate Brooklyn! on August 6

Ailey II, the junior company of Alvin Ailey American Dance Theater will perform Alvin Ailey's 'Revelations' at Celebrate Brooklyn! on Saturday, August 6. This special evening honors the 50th anniversary of 'Revelations', which is considered one of the timeless masterpieces of American dance.

The famed dancers perform "Rock My Soul in the Bosom of Abraham" live from Times Square.

One way students can explore dance's past is by learning historical repertory. Ailey/Fordham BFA students take Black Traditions in American Dance and World Dance History, which are often coordinated with repertory classes. "The movement shows you a different side of what you're learning in the classroom," says Marie Paspe, a recent graduate of the program, who learned Blues Suite and Revelations from Ailey II artistic director emerita Sylvia Waters.

Alberta Ballet has worked hard for a very long time to bring Ailey II, the young company of Alvin Ailey American Dance Theater, to Alberta for good reason. This is a had-working fun-to-watch group of budding athletic dance artists comprising some of the company's most promising scholarship students, and they thrilled their audience Thursday night at the Southern Alberta Jubilee.