ELIJAH LANCASTER (Bentonville, AR) was born in Port Au Prince, Haiti. He began his formal dance training at the age of seven at Aspire Dance in Arkansas. He has trained on scholarship at The Ailey School and graduated from the Certificate Program. Mr. Lancaster attended summer intensives at Complexions Contemporary Ballet, Gelsey Kirkland Academy of Classical Ballet, and the Joffrey Ballet School. He has worked with choreographers Travis Wall, Fredrick Earl Mosley, Amy Hall Garner, Robert Battle, Winston Dynamite Brown, Darrell Grand Moultrie, and Troy Powell, and appeared in Alvin Ailey’s Memoria during Ailey’s 2016 and 2017 New York City Center seasons. Mr. Lancaster was also a part of the Nutcracker cast for the Houston Ballet. This is his first season with Ailey II. 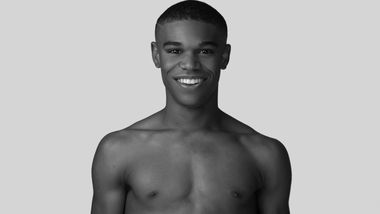 For 50 years, the Ailey School on the west side of Manhattan has provided world class training to dancers of all ages and backgrounds from New York City and around the globe. From Madonna to Jasmine Guy, alumni have gone on to be trailblazers in the industry. Launched by Alvin Ailey in 1969, the school started out with just 125 students and aimed to provide access to arts and dance to under-resourced communities. Ailey’s message of inclusivity is one that resonates to this day with the school’s co-directors, Tracy Inman and Melanie Person.