CAROLINE THEODORA DARTEY (Geneva, Switzerland) trained in rhythmic gymnastics in her hometown at the age of five, eventually rising to national and international levels and becoming the Swiss Champion in her category from 2009-2011. She later began dancing at the Conservatoir Populaire de Musique, Danse et Théâtre of Geneva. Ms. Dartey also trained at The Ailey School as a scholarship student and performed in Alvin Ailey’s Memoria during Ailey’s 2017 New York City Center season. This is her second season with Ailey II. 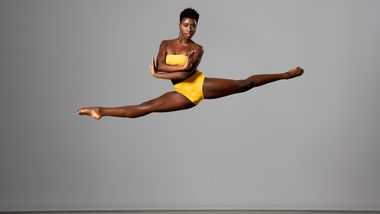 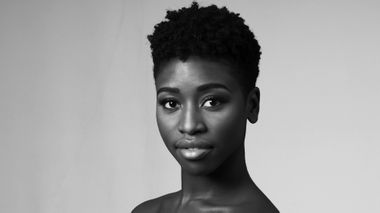 With effortless extensions, sky-high leaps, and equal parts elegance and strength, Ailey II company member Caroline Theodora Dartey is impossible to miss onstage. Born in Geneva, Switzerland, Dartey actually started out training in rhythmic gymnastics, where she earned both national and international titles. She later took up dance, training at the Conservatoire Popular de Musique, Danse et Theatre of Geneva before deciding to move to NYC to pursue her dream career. She joined The Ailey School as a scholarship student in 2016, and is now embarking on her second season with Ailey II. Catch Dartey on tour with Ailey II all over the world this fall, and read on for The Dirt.