On July 1, 2012, Troy Powell became only the second person to lead Ailey II since its inception in 1974. A native New Yorker, Mr. Powell began his dance training at the age of nine as a scholarship student at The Ailey School. Following his graduation from The High School of Performing Arts, he became a member of Ailey II and then joined Alvin Ailey American Dance Theater in 1991. He toured throughout the United States, South America, Europe, and South Africa for ten years with the Company before becoming a master teacher at The Ailey School and resident choreographer of Ailey II. Mr. Powell has choreographed ballets for Alvin Ailey American Dance Theater, Ailey II, The Ailey School, Dallas Black Dance Theatre, National Dance Company of the Bahamas, and Alaska Dance Theater, as well as three episodes of “Sesame Street.”

His guest artist credits include performing with companies including Batsheva, Dallas Black Dance Theatre, and Complexions. Mr. Powell has been featured in an American Express commercial with the Ailey company and has also appeared on television in George C. Wolfe’s The Colored Museum, the PBS Great Performances: Dance in America special “A Hymn for Alvin Ailey,” choreographed by Judith Jamison, “America’s Next Top Model,” and most recently the Polish version of “So You Think You Can Dance.” 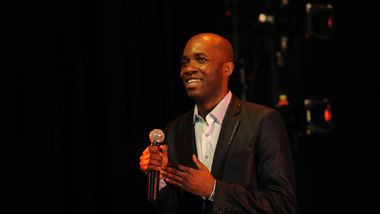 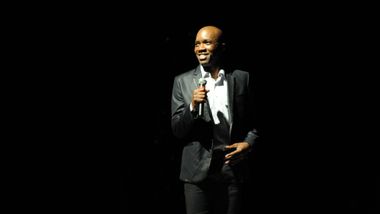 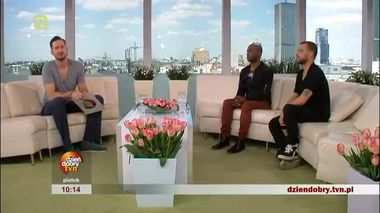 Ailey II’s “indefatigable, virtuosic, and relentlessly sexy” dancers (Los Angeles Times) return to The Joyce Theater from March 17 – 22 with two programs of premieres and recent audience favorites. The Company’s spring run at The Joyce will be the first time they will present an independent season at one of dance’s most cherished and historic venues.

When the choreographer Troy Powell was a student at the Alvin Ailey American Dance Theater's school, more than forty years ago, he was struck, he remembered recently, by "these men that looked like me, these men that danced!" The other night, when he again found himself moved by a young man who looked like him, he was less surprised: Powell had handpicked the boy for the resemblance. The occasion for the body double was Powell's newest work, "Testimony," choreographed for the Ailey School's fiftieth-anniversary gala, at Lincoln Center.

Alvin Ailey founded his world class dance company in 1958 and nine years later started a school of dance which this night celebrated its 50th anniversary - as a part of the Ailey Spirit Gala, the annual fund raiser for scholarships, like the one Troy Powell, a dancer and choreographer received, the audience enjoyed Testimony, a ballet choreographed following a young boy’s journey from the schoolyard to the main stage.

Alvin Ailey is a name synonymous with both world-class ballet and the black American experience. Ailey founded his dance company in 1958 to showcase the best black talent, and, in 1969, a school of dance. And last night, the company celebrated its school’s 50th anniversary, at Lincoln Center.