Sylvia Waters was personally selected by Alvin Ailey in 1974 as Artistic Director of Ailey II and led the company for 38 years. A graduate of The Juilliard School, Ms. Waters earned a B.S. in Dance prior to moving to Paris, where she appeared regularly on television.  She has also performed in Brussels and at the Summer Olympics in Mexico City.  In 1968, Ms. Waters joined Alvin Ailey American Dance Theater and toured with the Company until assuming leadership of Ailey II.  In 1997, she received an honorary doctorate from the State University of New York at Oswego, and she has served as a panelist for the National Endowment for the Arts and the New York State Council on the Arts.  Ms. Waters is a recipient of the Legacy Award as part of the 20th Annual IABD Festival, Syracuse University’s Women of Distinction Award, a Dance Magazine Award, and a “Bessie” Award.  Currently, Ms. Waters leads The Ailey Legacy Residency, a lecture, technique and repertory program for college-level students that looks definitively into the history and creative heritage of Alvin Ailey. 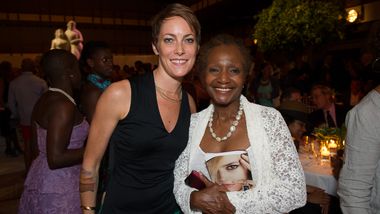 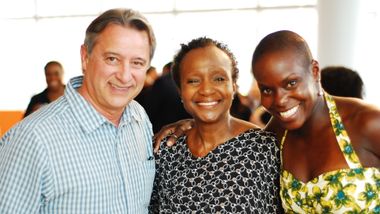 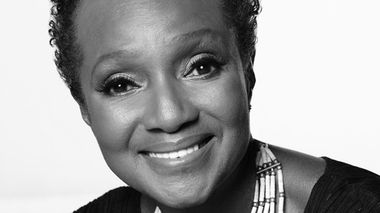 The Ailey Extension Rings in the New Year with Holiday Revelations. A Celebration of Alvin Ailey's 83rd Birthday and "Get Fit in '14" Challenge

In conjunction with Alvin Ailey American Dance Theater's current holiday season at New York City Center, the celebration of the new year, and the January 5th season finale on what would have been Alvin Ailey's 83rd birthday; The Ailey Extension will offer special programs now through January.

Ailey II, the youthful and gifted second company of Alvin Ailey American Dance Theater, will return to its home, The Ailey Citigroup Theater, from April 18-29 for a highly anticipated two-week season – the last led by 38-year Artistic Director Sylvia Waters. The 14 exciting performances experienced through two dynamic programs come on the heels of a successful North American tour to over 35 cities and an array of critically-acclaimed performances in Bermuda, Germany and Greece.

March 29 to April 2, the Alvin Ailey Repertory Ensemble, also known as Ailey II, swings into New York fresh off a 25-city tour for a two-week engagement at NYU Skirball center.

One way students can explore dance's past is by learning historical repertory. Ailey/Fordham BFA students take Black Traditions in American Dance and World Dance History, which are often coordinated with repertory classes. "The movement shows you a different side of what you're learning in the classroom," says Marie Paspe, a recent graduate of the program, who learned Blues Suite and Revelations from Ailey II artistic director emerita Sylvia Waters.